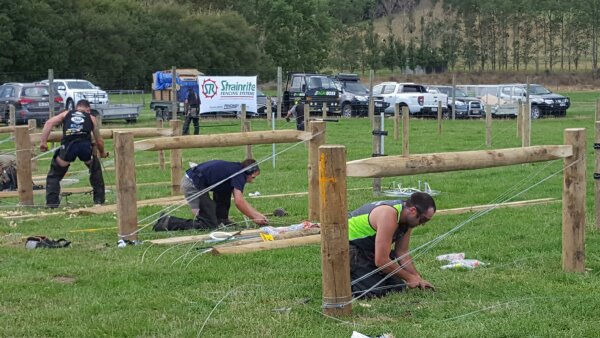 There were a few wild cards in the NZFC South Island Doubles fencing competition at the Southern Field Days. With the 10 available lines quickly filled, the fence line after a few alterations in wire gauge, post set out and an added railed corner, made for an interesting competition line to both erect and judge.

The Goldpine roundwood was pre driven due to the ground conditions being essentially a bed of mining tailings. We were musing before the competition as to whether we might get away with post hole borers in the future as the strainers and Superposts® drove in well with a Revolution Telescopic 180 with a 300 kg hammer. But evidence from what came out of the ground via the two hand dug holes for the Rhino® half rounds, was further reinforced when part time North/South Islander Jared Nicholson broke his shear pin when his speed borer got stuck. Meantime the full time South Islanders seemed to know something and were picking away with shovels, spades and crow bars.

The Waratah Ezypipe® strainers were pre driven and competitors had to erect the Ajusta -stay® and drive in the Jiostar® posts, being judged on level and height. With short work being made of these, there was 5 x line wires of WIREMARK 2.5 mm, plus a Strainrite outrigger on the wire side and a w-claw electric wire on the other side of the fence. A separate Strainrite irrigator crossing with 7 metre bungy gate, and a Strainrite award winning Activator Strap around the face of a Superpost®. About half the field chose to use a Stockade STI 400, some never having used one before with good scoring and a slight time advantage given the limited number of Superposts®

Competitors came from as far away as Ashburton, with a strong offering of Southland fencing contractors. There were a number of new competitors which was great to have, with Craig Sinclair & Grant Sinclair, from Sinclair Fencing Balcutha, Blair Sutherland & Aaron Sutherland from Southland Fencing Invercargill, Haydon Fuller, Fuller Fencing Waimumu, Chris Pudney from Fairlie. Phil Coutts has been fencing for Ben Haugh Fencing for 6 months. Ex Young Farmers Alan Harvey & Jono Satterthwaite from Oamaru and Lyndon Wallace from Wyndham had all the making of full time fencers, with Lyndon teaming up with Hayden Fuller for 2nd place.

With 3 South Island competitions behind them, some of the well placed fencers in the past such as Nick Terry, James Oliver, Tony Brady, Haydon Condon, Aaron Prouting had some rookie mistakes which cost them and kept them from the top of the placings.

Nick Stanger Stanger Fencing Oamarau and Lindsay Hayman Hayman Fencing Ashburton took out 1st place which earns them the Prize of an all expenses paid trip to the Fieldays in June to compete in the heats on the Monday. This is made possible due to the sponsor’s generosity in investing and sponsoring these South Island fencing competitions. NZFC would like to thank WIREMARK, Goldpine, Waratah, Strainrite, Stockade and Revolution Postdrivers.

Anyone who organises an event or a competition understands the considerable work involved. This year it was made much easier due to Simon Fuller of Fuller Fencing who put several days of his time into organising the set up and pull down. Nick Liefting flew down for chief judge, plus set up/pull down. Tony White set up/pulled down and judged. Trevor Bell, Warren from Stockade, Donald from Strainrite, Dave from Waratah who helped set up the judges demo fence and judged. Southern Field Days committee member Steve Henderson who liaised on the committee’s behalf was exceptionally helpful. The team effort, working together, quality product, along with the great attitude of the competitors made for a very good competition which resulted in the professional profiling of the fencing industry.

For more info on fencing competitions head to NZFC website 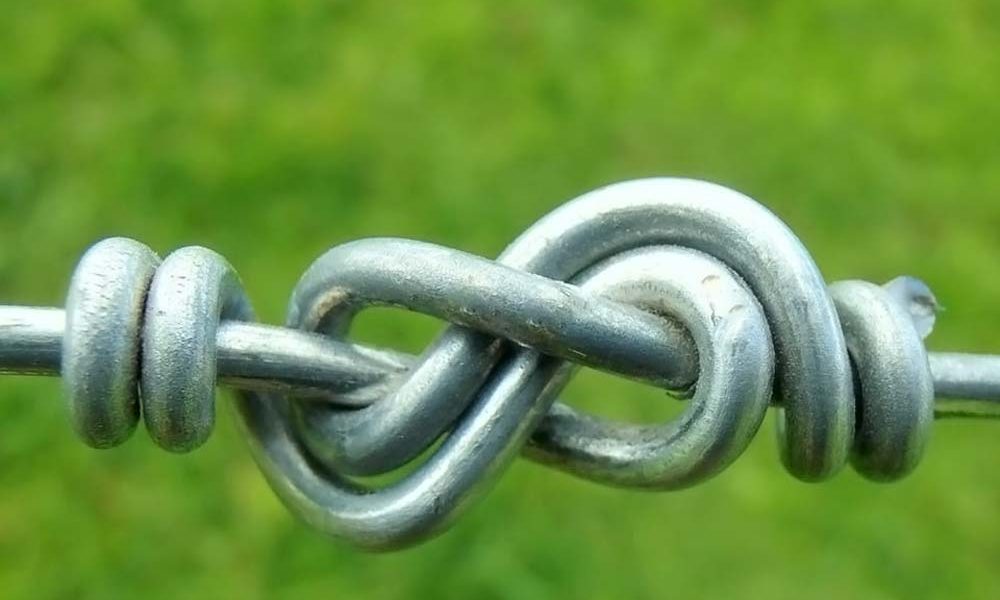 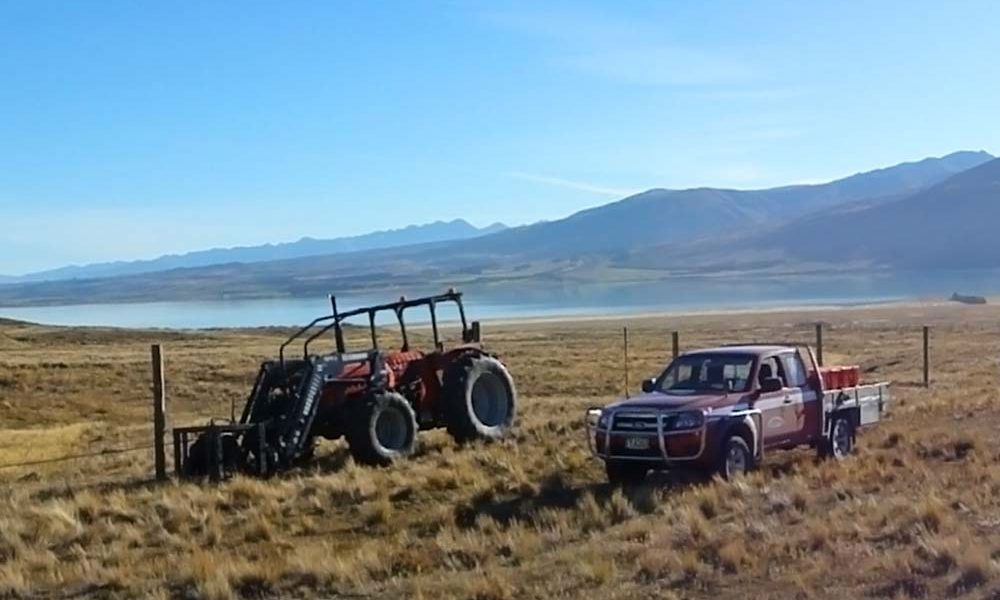 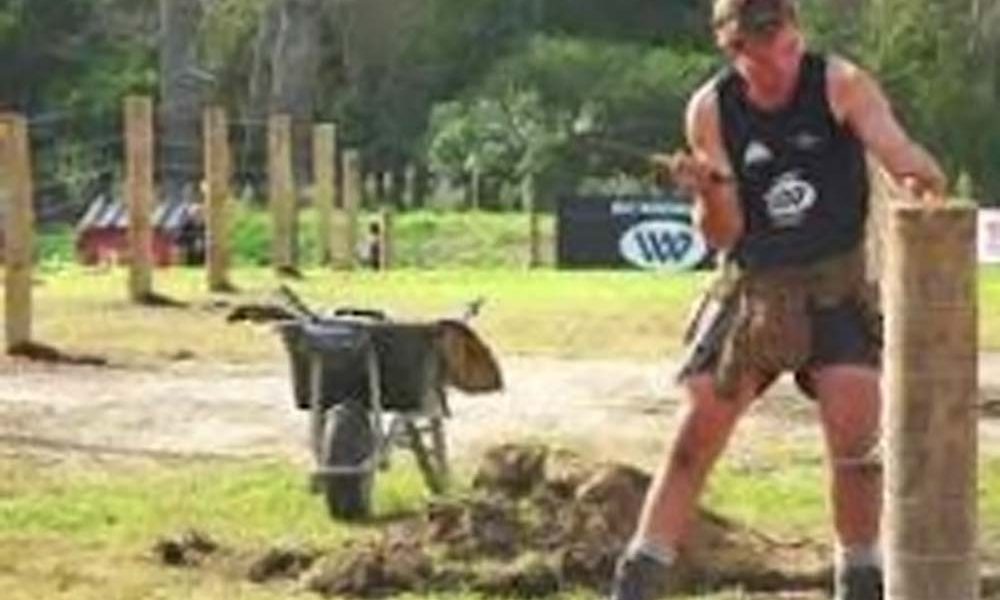